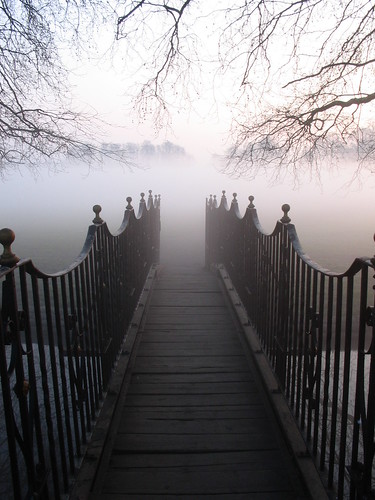 Freddie Mac owed $5.2 billion more than its assets were worth in the first quarter, making it insolvent under fair value accounting rules, he said. The fair value of Fannie Mae’s assets fell 66 percent to $12.2 billion, data provided by the Washington-based company show, and may be negative next quarter Poole said.

“Congress ought to recognize that these firms are insolvent, that it is allowing these firms to continue to exist as bastions of privilege, financed by the taxpayer,” Poole, 71, who left the Fed in March, said in an interview. “

Fannie Mae and Freddie Mac are government sponsored enterprises that help the mortgage market function by purchasing pools of loans and packaging them into securities. If one or both couldn’t function, the result would be chaos.

The Federal Reserve and the Treasury have taken great pains to point out that the government is not obligated to bail out either Fannie or Freddie if they face insolvency.

July 10 (Bloomberg) — Fannie Mae and Freddie Mac, the two biggest providers of financing for U.S. home loans, tumbled to the lowest in 17 years in New York trading after a former Federal Reserve president said the companies may need a government bailout.

Chances are increasing that the U.S. will bail out Fannie Mae and Freddie Mac because they don’t have enough capital to weather the worst housing slump since the Great Depression, former St. Louis Federal Reserve President William Poole said in an interview. Freddie Mac owed $5.2 billion more than its assets were worth in the first quarter, making it insolvent under fair value accounting rules, he said. The fair value of Fannie Mae’s assets fell 66 percent to $12.2 billion, data provided by the Washington- based company show, and may be negative next quarter, Poole said.

“Congress ought to recognize that these firms are insolvent, that it is allowing these firms to continue to exist as bastions of privilege, financed by the taxpayer,” Poole, 71, who left the Fed in March, said in the interview yesterday.

Fair value accounting measures a company’s net worth if it had to liquidate all of its assets to repay liabilities. Fannie Mae and Freddie Mac, both of whom have the implicit backing of the government, make money by borrowing in the bond market and reinvesting the proceeds in higher-yielding mortgages and securities backed by home loans.

Fannie Mae slumped $2.70 to $12.61 at 10:19 a.m., extending declines for the year to 69 percent. Freddie Mac tumbled $2.96 to $7.30, taking its 2008 slide to 78 percent. UBS AG analysts led by Eric Wasserstrom in New York increased their estimates for losses at Freddie Mac and cut their price target for the stock to $10 from $28 after meeting with Freddie Mac’s chief financial officer Anthony Piszel and controller David Kellerman, according to a report today.

Fannie Mae and Freddie Mac have raised a combined $20 billion since December to cover losses of more than $11 billion generated since the credit crisis began last year. Freddie Mac has yet to raise a planned $5.5 billion, scheduled for mid-year.

U.S. Treasury Secretary Henry Paulson told lawmakers in Washington today that he’s been assured by the regulator for Fannie Mae and Freddie Mac that the companies have enough capital.

The Office of Federal Housing Enterprise Oversight “has made clear that they are adequately capitalized,” Paulson said in prepared testimony for the House Financial Services Committee. Federal Reserve Chairman Ben S. Bernanke is also slated to appear.

The Treasury has been discussing what to do if Fannie Mae and Freddie Mac fail for months as part of its contingency planning, the Wall Street Journal reported today, citing three people familiar with the matter. The government doesn’t expect the companies to fail and it doesn’t have a rescue plan in place, the Journal said.

“At some point we’re going to reach that inflection, where the government is going to have to either guarantee explicitly or Fannie and Freddie are going to have be left to fend for themselves,” Peter Boockvar, an equity strategist at Miller Tabak & Co. in New York, said in an interview with Bloomberg Television yesterday. “We’re getting to that point where a decision has to be made by Washington.”

The government is counting on Fannie Mae and Freddie Mac, which own or guarantee about half the $12 trillion in home loans outstanding, to help revive the housing market. Congress lifted growth restrictions on the companies, eased their capital requirements and allowed them to buy bigger “jumbo mortgages” to spur demand for home loans as competitors fled the market.

“We are managing our business and maintaining a capital position that will allow us to fulfill our congressionally chartered mission now and in the future,” Brian Faith, a spokesman for Fannie Mae, said.

“Freddie Mac is doing exactly what Congress intended when it chartered the company and, more recently, when it passed the Economic Stimulus Act,” McHale said. “We are well capitalized and positioned to continue to serve our vital housing mission.”

Congress created Freddie Mac and expanded Fannie Mae in 1970 to promote home buying in the U.S. The companies’ charters give the Treasury the authority to buy as much as $2.25 billion in each of their securities in the event of possible default.

The government will likely be forced to take over the companies because of the mortgage meltdown, Poole said.

“We know in a crisis the Federal Reserve tap would be open,” said Poole, now a senior fellow at the Cato Institute.

The bailout of Bear Stearns Cos. by JPMorgan Chase & Co., arranged by the Fed, demonstrates the government’s unwillingness to allow “large, systemically important” financial institutions to fail, he said. Bear Stearns collapsed after customers fled amid speculation the company faced a cash shortage.

“I worry about those institutions,” retired Richmond Fed President Alfred Broaddus said. “They are huge. They dwarf the Bear Stearns issue. In the very worst case scenario, I don’t know how you do it other than extend money and the public takes the loss.”

The companies have access to the Fed’s so-called Fedwire payments system allowing them to access funding if needed, said Vincent Reinhart, the Fed’s chief monetary-policy strategist from 2001 until September 2007.

They can withstand the slump in part because most of their investments are mortgages made before 2006 when lending standards were tighter, making them less likely to default, said Eileen Fahey, a Chicago-based analyst at Fitch Ratings.

“We do not believe they are technically insolvent,” Fahey said. “People seem to lose sight of the fact that a majority of the mortgages that they are holding and are guaranteeing were originated pre-2006.”

Comments by the companies’ regulator this week that they are adequately capitalized also eased concern, said Lawrence Yun, chief economist of the National Association of Realtors in Washington. The companies have about $80 billion of regulatory capital supporting $5.2 trillion of mortgages.

“Just given the size of the two companies, surely the government would not stand aside” and let them fail, Yun said.

Fannie Mae sold $3 billion of two-year notes yesterday to yield 74 basis points more than Treasuries. A basis point is 0.01 percentage point. That’s the widest spread since Fannie Mae first sold two-year notes in 2000 and triple what it paid in June 2006.

The price of credit-default swaps, contracts used to speculate on the creditworthiness of Fannie Mae and Freddie Mac, doubled in the past two months to more than 80 basis points for the senior debt, according to London-based CMA Datavision.

Credit-default swaps are financial instruments based on bonds and loans that are used to speculate on a company’s ability to repay debt. They pay the buyer face value in exchange for the underlying securities or the cash equivalent should a borrower fail to adhere to its debt agreements. A basis point on a contract protecting $10 million of debt from default for five years is equivalent to $1,000 a year.

Oh, my life is changing everyday,

I know I’ve felt like this before, but now I’m feeling it even
more,
Because it came from you.
And then I open up and see the person falling here is me,
A different way to be.

And now I tell you openly, you have my heart so don’t hurt me.
You’re what I couldn’t find.
A totally amazing mind, so understanding and so kind;
You’re everything to me.

Oh, my life,
Is changing every day,
In every possible way.

And oh, my dreams,
It’s never quiet as it seems,
‘Cause you’re a dream to me,
Dream to me.