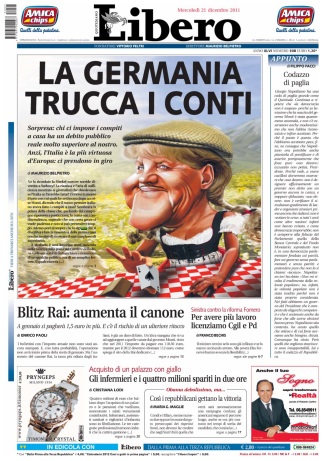 Jamie Dimon, the highest-paid chief executive officer among the heads of the six biggest U.S. banks, turned a question at an investors’ conference in New York this month into an occasion to defend wealth.

“Acting like everyone who’s been successful is bad and because you’re rich you’re bad, I don’t understand it,” the JPMorgan Chase & Co. (JPM) CEO told an audience member who asked about hostility toward bankers. “Sometimes there’s a bad apple, yet we denigrate the whole.”

If successful businesspeople don’t go public to share their stories and talk about their troubles, “they deserve what they’re going to get,” said Marcus, 82, a founding member of Job Creators Alliance, a Dallas-based nonprofit that develops talking points and op-ed pieces aimed at “shaping the national agenda,” according to the group’s website. He said he isn’t worried that speaking out might make him a target of protesters.

“Who gives a crap about some imbecile?” Marcus said. “Are you kidding me?”

“It still feels lonely, but the chorus is definitely increased,” Allison, 63, a former CEO of the Winston-Salem, North Carolina-based bank and now a professor at Wake Forest University’s business school, said in an interview.

At a lunch in New York, Stemberg and Allison shared their disdain for Section 953(b) of the Dodd-Frank Act, which requires public companies to disclose the ratio between the compensation of their CEOs and employee medians, according to Allison. The rule, still being fine-tuned by the Securities and Exchange Commission, is “incredibly wasteful” because it takes up time and resources, he said. Stemberg called the rule “insane” in an e-mail to Bloomberg News.

The top 1 percent of taxpayers in the U.S. made at least $343,927 in 2009, the last year data is available, according to the Internal Revenue Service. While average household income increased 62 percent from 1979 through 2007, the top 1 percent’s more than tripled, an October Congressional Budget Office report showed. As a result, the U.S. had greater income inequality in 2007 than China or Iran, according to the Central Intelligence Agency’s World Factbook.

Not all affluent Americans are on the defensive. Billionaire Warren Buffett, 81, chairman and CEO of Berkshire Hathaway Inc., has called for increasing taxes on the wealthy, as has Patriotic Millionaires, a group whose supporters include Ask.com co-founder Garrett Gruener and Peter Norvig, director of research at Google Inc., according to its website.

“Rich businesspeople like me don’t create jobs,” Nick Hanauer, co-founder of aQuantive Inc., an online advertising company he sold to Microsoft Corp. for about $6 billion, wrote in a Dec. 1 Bloomberg View article. “Let’s tax the rich like we once did and use that money to spur growth.”

Two out of three Americans support raising taxes on households with incomes of at least $250,000, according to a Bloomberg-Washington Post national poll conducted in October.

Asked if he were willing to pay more taxes in a Nov. 30 interview with Bloomberg Television, Blackstone Group LP (BX) CEO Stephen Schwarzman spoke about lower-income U.S. families who pay no income tax.

“You have to have skin in the game,” said Schwarzman, 64. “I’m not saying how much people should do. But we should all be part of the system.”

Some of Schwarzman’s capital gains at Blackstone, the world’s largest private-equity firm, are taxed at 15 percent, not the 35 percent top marginal income-tax rate. Attacking the banking system is a mistake because it contributes to “a healthier economy,” he said in the interview.

Paulson, the New York hedge-fund manager who became a billionaire by betting against the U.S. housing market, has also said the rich benefit society.

“The top 1 percent of New Yorkers pay over 40 percent of all income taxes,” Paulson & Co. said in an e-mailed statement on Oct. 11, the day Occupy Wall Street protesters left a mock tax-refund check at its president’s Upper East Side townhouse.

Tom Golisano, billionaire founder of payroll processer Paychex Inc. (PAYX) and a former New York gubernatorial candidate, said in an interview this month that while there are examples of excess, it’s “ridiculous” to blame everyone who is rich.

“If I hear a politician use the term ‘paying your fair share’ one more time, I’m going to vomit,” said Golisano, who turned 70 last month, celebrating the birthday with girlfriend Monica Seles, the former tennis star who won nine Grand Slam singles titles.

Ken Langone, 76, another Home Depot co-founder and chairman of the NYU Langone Medical Center, said he isn’t embarrassed by his success.

“I am a fat cat, I’m not ashamed,” he said last week in a telephone interview from a dressing room in his Upper East Side home. “If you mean by fat cat that I’ve succeeded, yeah, then I’m a fat cat. I stand guilty of being a fat cat.”

Wilbur Ross, 74, another private-equity billionaire, said in an e-mail that entrepreneurship and capitalism didn’t cause the financial crisis.

“Tearing down the rich does not help those less well- off,” said the chairman of New York-based WL Ross & Co. LLC. “If you favor employment, you need employers whose businesses are flourishing.”

That view is shared by Robert Rosenkranz, CEO of Wilmington, Delaware-based Delphi Financial Group Inc., a seller of workers’-compensation and group-life insurance.

“It’s simply a fact that pretty much all the private- sector jobs in America are created by the decisions of ‘the 1 percent’ to hire and invest,” Rosenkranz, 69, said in an e- mail. “Since their confidence in the future more than any other factor will drive those decisions, it makes little sense to undermine their confidence by vilifying them.”

Peter Schiff, CEO of Westport, Connecticut-based broker- dealer Euro Pacific Capital Inc., is delivering the message directly. He went in October to Zuccotti Park in lower Manhattan, where Occupy Wall Street protesters had camped out, with a sign that said “I Am the 1%” and a video camera.

“Somebody needs to do it,” Schiff said in an interview.

Schiff, 48, disclosed assets of at least $64.7 million before losing the 2010 Republican primary for a Connecticut U.S. Senate seat, according to filings. He’s wealthier now, even though his taxes are “more than a medieval lord would have taken from a serf,” he said.

A clip from Schiff’s video was used in a Nov. 1 segment of Comedy Central’s “The Daily Show,” in which comedian John Hodgman, wearing a cravat, called the wealthy a “persecuted minority.” He asked that the phrase “moneyed Americans” replace “the 1 percent.”

Neither term appeared in a Nov. 28 open letter to President Barack Obama from hedge-fund manager Leon Cooperman, the Omega Advisors Inc. chairman and former CEO of Goldman Sachs Group Inc. (GS)’s money-management unit. Capitalists “are not the scourge that they are too often made out to be” and the wealthy aren’t “a monolithic, selfish and unfeeling lot,” Cooperman wrote. They make products that “fill store shelves at Christmas” and provide health care to millions.

Cooperman, 68, said in an interview that he can’t walk through the dining room of St. Andrews Country Club in Boca Raton, Florida, without being thanked for speaking up. At least four people expressed their gratitude on Dec. 5 while he was eating an egg-white omelet, he said.

“You’ll get more out of me,” the billionaire said, “if you treat me with respect.”

To contact the reporter on this story: Max Abelson in New York at [email protected].

To contact the editor responsible for this story: David Scheer at [email protected].