For one thing, Citigroup’s earnings per share were negative, which puts the positive income figure into some perspective. For another, Citigroup would have been operating substantially in the red were it not for the fact that it managed to book $2.5 billion of income from the fact that its debt securities plunged in value over the course of the quarter. Since the mark-to-market value of its liabilities is now lower, it’s allowed under US accounting rules to register a profit. But that’s not income as most people understand it. Citigroups horrible conference call.

We’ll see if the rally in Aussie shares can keep on keeping on this week. We have our doubts. Not least because the optimism surrounding bank share is not only misplaced. It’s naive. DAILYRECKONING 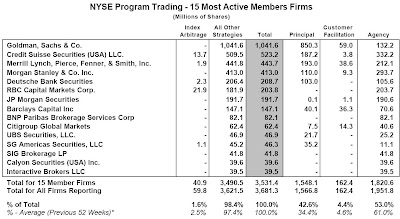 Napa, California – Harrington Investments, Inc., (HII) a socially responsible investment advisory firm, has announced that Bank of America and Citigroup, two of the biggest recipients of taxpayer bailout funds, oppose HII’s proposal that would institute a board committee on U.S. Economic Security. CHLOREGY.ORG

Management at the two companies are seeking permission from the Securities and Exchange Commission (SEC) to disqualify the proposal on grounds that it violates Delaware law.

"If Delaware law allows corporations to subvert our national interest then perhaps somebody ought to take a look at Delaware law," said John Harrington, President of Harrington Investments, Inc.

The text of the resolution states that the proposed "Board Committee shall review whether management and Board policies… are antithetical to the long-term health of the economy of the United States of America, consistent with their responsibilities to the shareholders."

The Turner Radio Network has obtained “stress test” results for the top 19 Banks in the USA. (Corrections/clarifications below in orange)

The stress tests were conducted to determine how well, if at all, the top 19 banks in the USA could withstand further or future economic hardship.

When the tests were completed, regulators within the Treasury and inside the Federal Reserve began bickering with each other as to whether or not the test results should be made public. That bickering continues to this very day as evidenced by this “main stream media” report.

1) Of the top nineteen (19) banks in the nation, sixteen (16) are already technically insolvent. (Based upon the “alternative more adverse” scenario which had a 3.3 percent contraction of the U.S. Economy in 2009, accompanied by 8.9 percent unemployment, followed by 0.5 percent growth of the U.S. Economy but a 10.3 percent jobless in 2010.)

2) Of the 16 banks that are already technically insolvent, not even one can withstand any disruption of cash flow at all or any further deterioration in non-paying loans. (Without further government injections of cash)

3) If any two of the 16 insolvent banks go under, they will totally wipe out all remaining FDIC insurance funding.

4) Of the top 19 banks in the nation, the top five (5) largest banks are under capitalized so dangerously, there is serious doubt about their ability to continue as ongoing businesses.

6) Bank of America`s total credit exposure to derivatives was 179 percent of its risk-based capital; Citibank`s was 278 percent; JPMorgan Chase`s, 382 percent; and HSBC America`s, 550 percent. It gets even worse: Goldman Sachs began reporting as a commercial bank, revealing an alarming total credit exposure of 1,056 percent, or more than ten times its capital! (HSBC is NOT in the top 19 banks undergoing a stress test, but is mentioned in the report as an aside because of its risk capital exposure to derivatives)

7) Not only are there serious questions about whether or not JPMorgan Chase, Goldman Sachs,Citibank, Wells Fargo, Sun Trust Bank, HSBC Bank USA, can continue in business, more than 1,800 regional and smaller institutions are at risk of failure despite government bailouts!

The debt crisis is much greater than the government has reported. The FDIC`s “Problem List” of troubled banks includes 252 institutions with assets of $159 billion. 1,816 banks and thrifts are at risk of failure, with total assets of $4.67 trillion, compared to 1,568 institutions, with $2.32 trillion in total assets in prior quarter.

Put bluntly, the entire US Banking System is in complete and total collapse.

….The financial sector invested more than $5.1 billion in political influence purchasing over the last decade….

• Insurance companies donated more
than $220 million and spent more
than $1.1 billion on lobbying;

Mr. Polise asked about our story concerning the “stress test” as reported lower on this page. He specifically asked if we did, in fact, have a copy of the report?

I asked why he wanted to know? He replied “it is a material document.”

He went on to say that the SEC is trying to determine what aspects of the report – if any – the SEC might require publicly traded companies to disclose publicly. I replied that I am aware that such discussions have been taking place between the SEC, the US Treasury and the Federal Reserve and that reports of those discussions have appeared in the main stream media of late.

He then asked “If I send you a request for documents, will you send the report to me?” I replied, “Would the request be a Subpoena?” He responded “No” and then asked, “If the request did come in the form of a Subpoena, if I got the Commission to approve one, would you supply the document?” I responded “We would have to speak with our legal counsel first, but I suspect we would move to quash any such Subpoena.”

He thanked me for my time and hung up.

Caller ID indicated the call originated from 202-551-2000, but that is a non-working number. So we called directory assistance in Washington, DC and obtained the correct number for the US SEC.

After dialing the correct number, we got an automated attendant and selected 5 for the SEC media office. A young man named Kevin answered and confirmed for us that John Polise does work for the Enforcement Division of the SEC and that all telephone calls originating from their office show up on caller ID with that non-working phone number. As such, it appears this inquiry was legitimate.

Clearly, our report about the bank stress test results has struck a raw nerve in Washington, DC and elsewhere. To have both the United States Treasury comment on our story and the United States Securities and Exchange Commission call us literally within hours of our report indicates how seriously the powers-that-be are taking our revelations.

If there was nothing to our report, why all the fuss?

If they think anyone at TRN might be intimidated by a federal inquiry, they are sadly mistaken.

We have successfully defeated investigations by the FBI, The Joint Terrorism Task Force, The US Secret Service, the US Marshal Service, the US Capitol Police and a host of state and local law enforcement agencies over the past eight years of our existence. The SEC doesn’t phase us at all.

We’ve ruffled a lot of feathers with this report. Stay tuned for further developments.